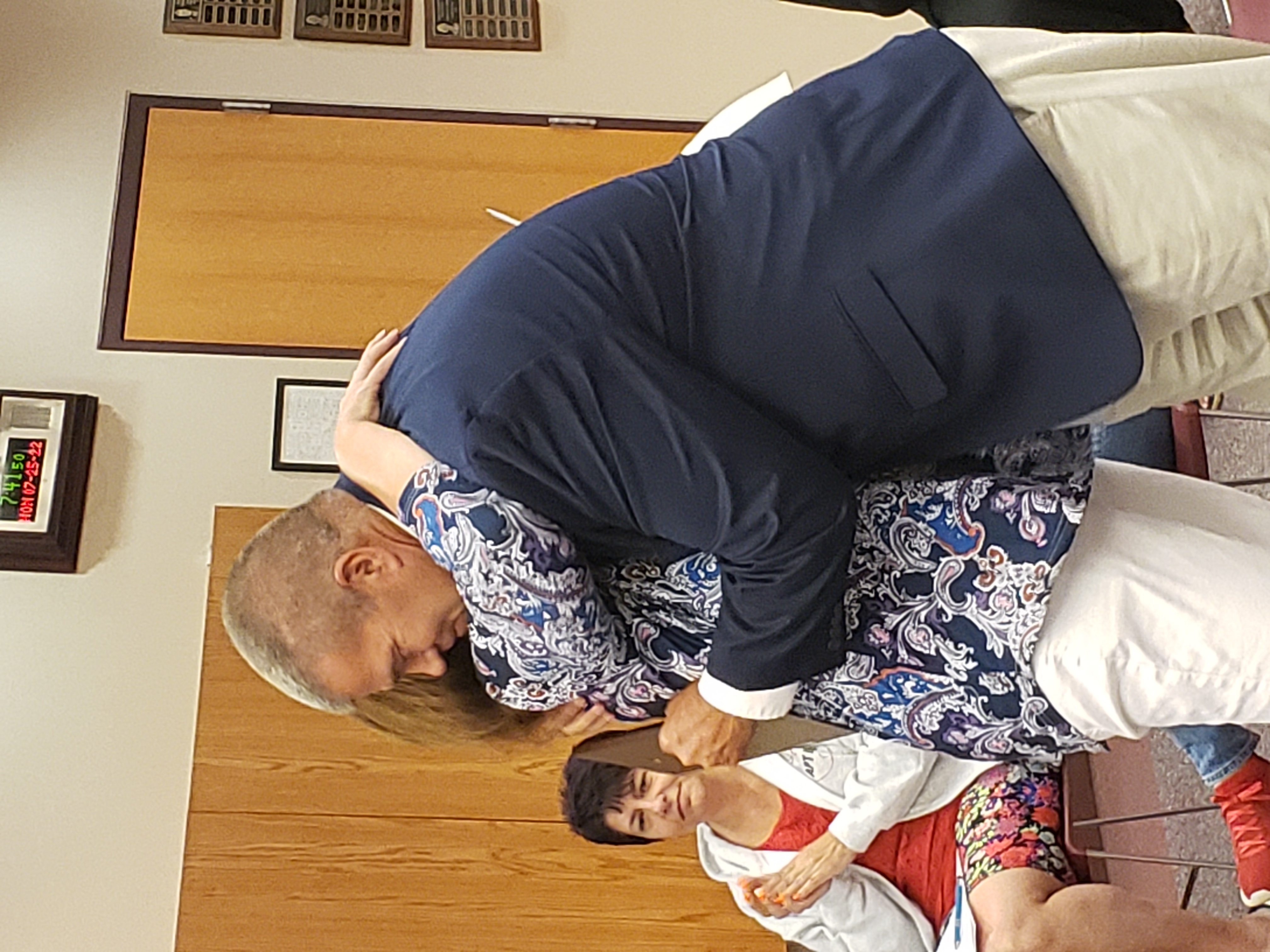 The District 202 Foundation for Excellence presented the 2022 Walter G. and Juanita F. Niehus Award to Dr. Lane Abrell, who retired as District 202 superintendent of schools on June 30, 2022 after more than 20 years of leadership in the district.

The Niehus Award honors certified or non-certified staff and support members who have shown extraordinary commitment to students, parents, and employees.

Abrell came to District 202 in 1997 after serving 11 years in other districts as a health and driver education teacher, boys’ basketball coach, dean of students, and assistant principal.

Nominations from numerous coworkers praised Abrell for his leadership during challenging times including the Covid pandemic, and his unique ability to create connections, celebrate te district’s storied past while also envisioning its future as a model school district.

“Even as we were creating out of thin air a remote learning plan, and buying and distributing 17,000 laptops during the pandemic, Dr. Abrell never lost site of students as the whole reason we were here,” Bonuchi said.

That focus included approving and leading the construction of the district’s 18th elementary school -- Wallin Oaks -- as a unique means to open more space for full-day kindergarten district-wide. That met a long-standing community priority.

“I am flattered and honored to formally end my education career with such a distinguished honor as the Niehus Award,” Abrell said.

“Working in public education, helping students grow in every aspect of their lives, preparing them for the world outside our doors, has been a joy and privilege,” he said.