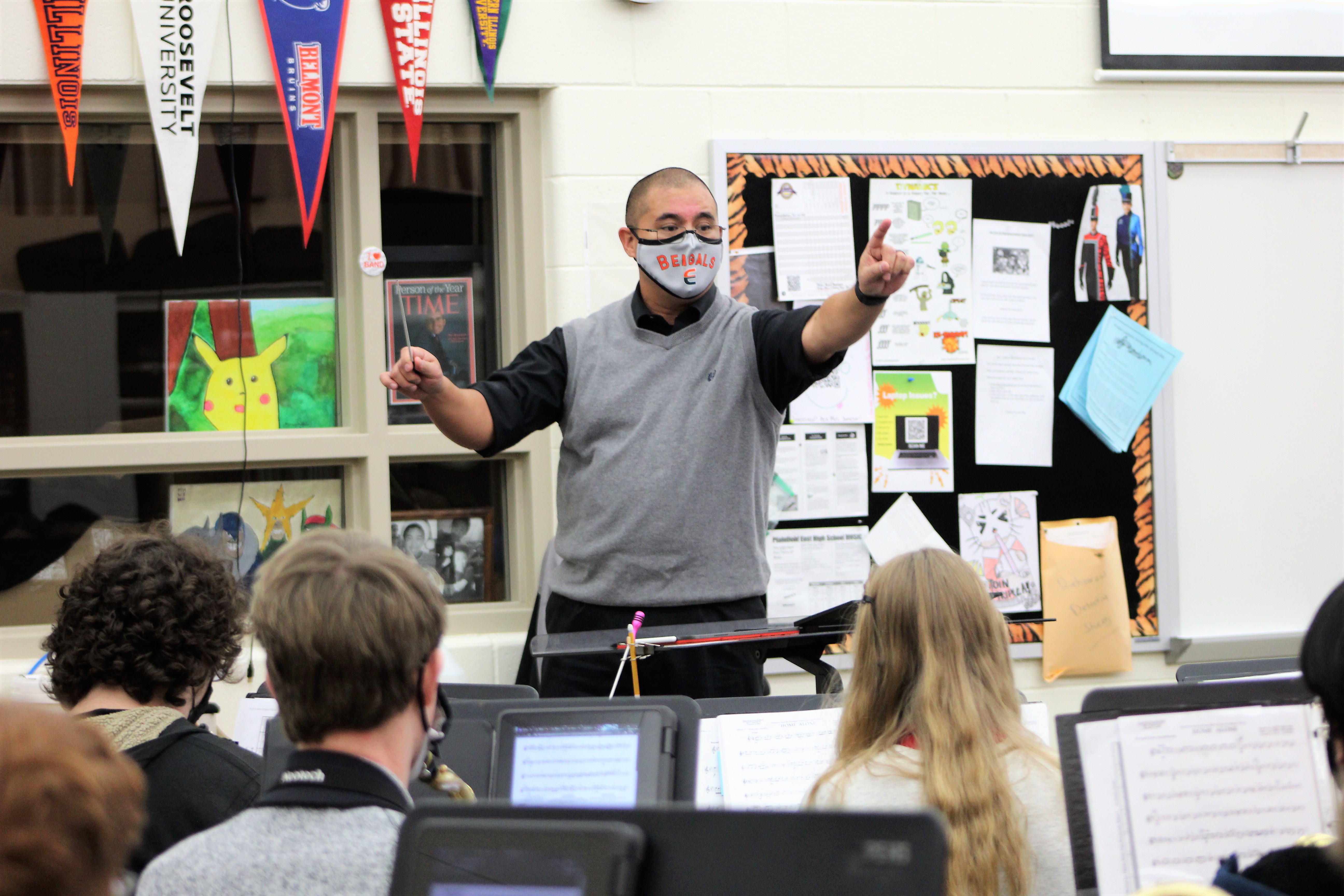 Lesniak will be among 275 band directors from all 50 states, Mexico and Canada performing in the highly televised annual Pasadena Tournament of Roses Parade on New Year’s Day.

The unique entry will include an animated float and marching band made up of only band directors.

Lesniak, who has taught at PEHS since 2008, is looking forward to this once-in-a-lifetime opportunity.

“It’s one of those bucket list items as a band director you would love to be able to march or play or bring a band to participate in the Rose Parade,” Lesniak said.

Lesniak’s job is to memorize the music and get into shape for the 5.5-mile parade trek, he said.

It’s neat his students have seen him practice on his mellophone for the big day, he added.

“Whether you are 13 years old or 45 years old, it doesn’t change in terms of the process of learning how to be a musician and how to march, memorizing music, holding your horn at the right angle,” Lesniak said.

Lesniak, his wife and their two children will travel to California on December 29, 2021, where he will rehearse with the band for the first time.

The band will play four songs including “Strike Up the Band,” “The Stars and Stripes Forever,” “Sing, Sing, Sing,” and an arrangement of “Seventy-Six Trombones” written just for this band.

The band’s float will feature roses donated by band members as a tribute to someone special. Lesniak donated a rose in memory of his brother, Anton Lesniak, who passed away.

“While my brother hated roses, I know he would have loved the fact that I get to march in the Rose Parade,” Lesniak said.