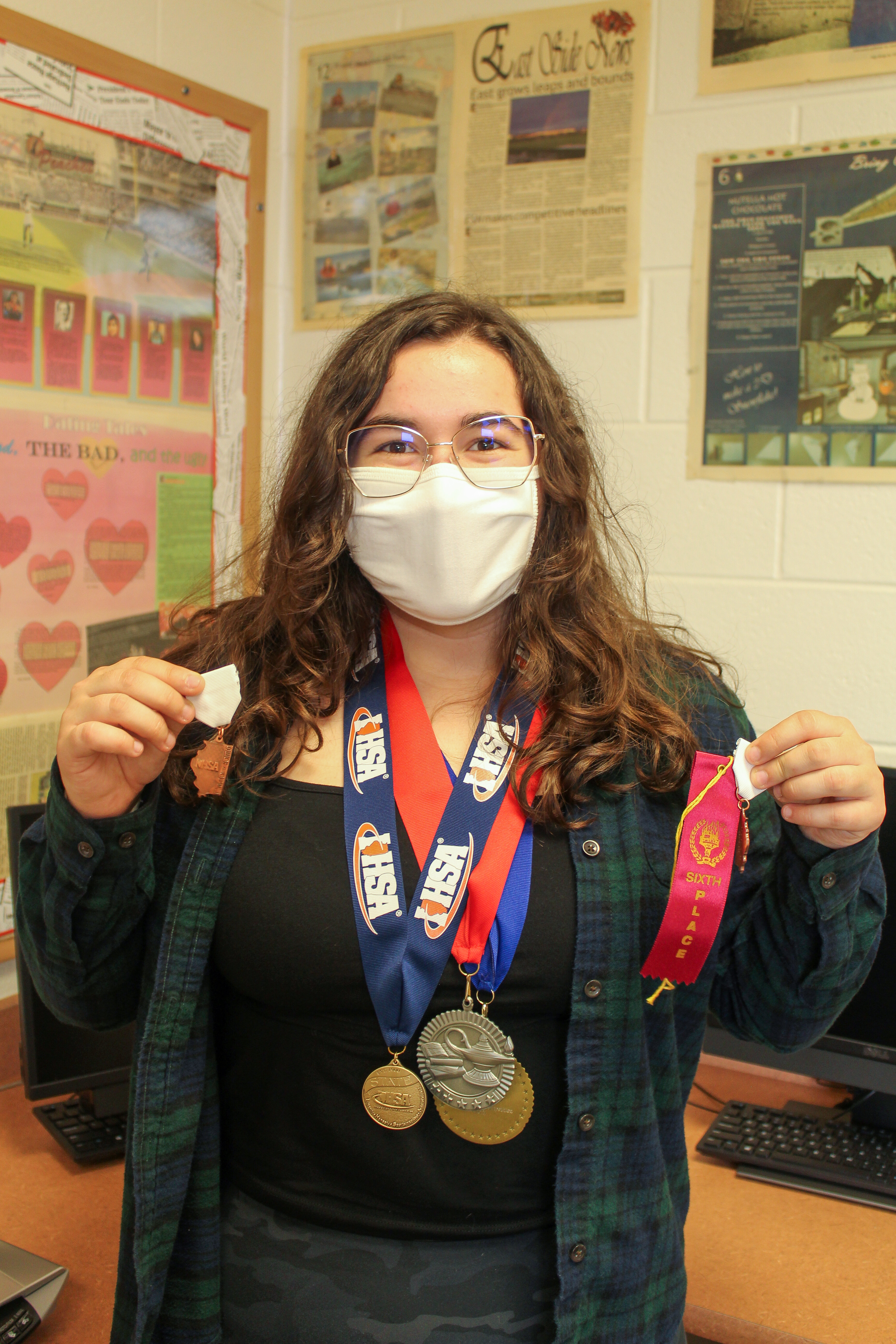 State competitors got a writing prompt in their category and 90 minutes to complete their entry, Cibulskis said. She had to write review of the band Little Boy Jr., rating its musical growth over time.

“My favorite would be review writing because I have so much creative capability and possess so much power over formulating my opinion,” she said. “And you can be very descriptive and very lyrical at times too.”

Cibulskis was shocked when she won, she said.

“As the Editor-in-Chief of the East Side News, Laine has been a true leader working in that she was able to produce a printed newspaper for the students this year,” said Christine Torres, PEHS math teacher, yearbook, and East Side News advisor.

Donna Hornik, PEHS English teacher and East Side News Advisor, said she is proud of Cibulskis.

“Laine’s writing talent is surpassed only by her genuine desire to learn how to improve,” she said.

“Knowing that professional writers acknowledge her talent and rank her as state champ will certainly encourage her to keep writing and keep leading her news team,” Hornik said.

Cibulskis wants to attend Northwestern and major in journalism with an emphasis on investigative reporting.